An Organization and Church, incorporated in the U.S. State of Delaware. Federal EIN 84-3433327.

TTO is a network of peers who respect each other and the other people working to create a better, wider, more powerful Thelemic Community. TTO provides Local Group Leaders with training to help create a safer environment, and ensure we all have the tools to model consent and create a strong consent-based environment. We encourage other Leadership training, including Volunteer Management, and other administrative skills to make the burden of running a small NPO lighter, leaving more time for the things that motivate us! 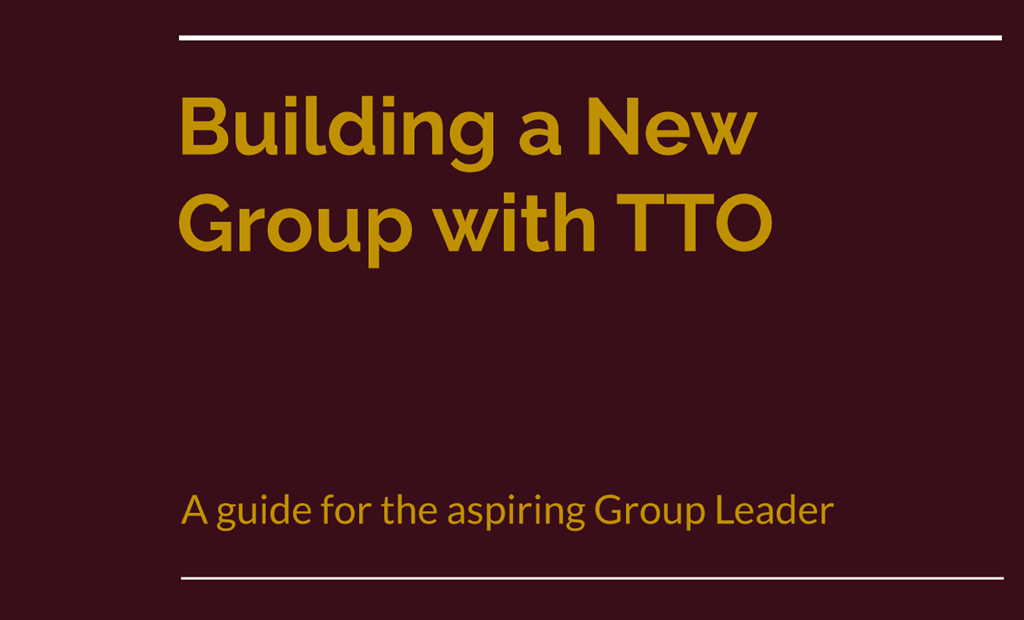 Everything you need to know to Charter a Group in TTO. We recommend going through the Group Building Presentation before starting with the Forms and Resource Links below.

It is not the goal of TTO to create any uniformity of experience across its Groups.  We are not the McDonalds of Thelema, and we do not purport to guarantee that when you walk into a Group in one place you will get an experience similar to that in another.  This may mean that some bodies are not good experiences for a given individual.  It also allows for the growth of joy, expression and the beauty of local tradition and custom.  We find it ironic that Thelemites would criticize the Roman Catholic Church for destroying the vast diversity of European local traditions, then would seek to do the same thing in their own faith.  We hope that every Group of TTO has something good and joyful to offer.  We are certain that allowing the growth and ready exchange of ideas and practices is more conducive to beauty and joy than the doctrinaire insistence that everything be done according to the dictates of a few individuals, however perfect their vision may seem to themselves We are concerned, principally, about two things.  Safety and Consent. We seek to avoid the exaggerated pretense of Safety, underwritten largely by wishful thinking and not thinking too hard about the realities of what we are doing, that is so often the fruit of Non-profit obsessions with liability and lawsuits.  Our founders come from a background which values ordeal, and risk awareness. We seek to teach risk awareness, while encouraging our members to gain real life skills which will help them to cope with emergencies when they do arise. Our intention is to create places that are safe because people value expertise, learn what they are doing, and manage risks well.   In regards to Consent we do not wish to see a return to the “bad old days” in which risk and excitement were paired with irresponsibility and nonconsent.  In forty years, literally thousands of alternative sexuality communities and groups across the US have developed the ability to conduct themselves in extreme ways while maintaining consent and responsibility.  In most cases these people had no manual other than a basic awareness of how consent works. If a multitude of kink clubs can operate across the country every year, with few incidents, we find it puzzling that a church cannot consider blindfolding someone without panic.

How complicated is starting a Group?

The Building a New Group with TTO Guide on this page offers a good overview and simple steps to Chartering a Group.  It's not really very hard and the resources you need are all on this page.

Still, you do have to learn a few things.  Many other Esoteric Groups allow you to open a "Chapter" of some sort in a one step process.  They hand you a rulebook you may or may not read.  The thing to understand is that you're not really becoming a Group Owner, just accepting an office from them.  Your group has legal structure because they give it legal structure.  Your group has rules because they are the rules of that group.

And what they give they can take away.

TTO Guides you in building your own group.  That Group is an Affiliate of TTO, but through an agreement.  TTO cannot take away your Group, only your affiliation with TTO.   That means the TTO needs to deal with all Group Leaders from a position of respect.

TTO is committed to building leaders, not followers.

Most Groups of TTO are assumed to be, at core, private.  They are organizations or partnerships of individuals who have chosen to operate as a group and have chosen to affiliate under the TTO aegis.  With respect to that, TTO has comparatively little control over those Groups, nor does it wish to.

TTO can be looked on more as a “network” than a top down governing organization.  We are not looking to “replace” other top down Thelemic organizations, but rather to provide an alternative method by which Thelemites may organize and find community.

Members more familiar with the Masonic Lodge concept may find it unusual that Local Groups are, primarily, private entities which are effectively affiliates of TTO.  In practice many denominations operate in this fashion, particularly many Protestant Christian denominations in the United States and abroad.

Put differently, the goal of TTO is not to build an empire of its own Groups, but rather to provide resources to numerous independent Groups, allowing them to benefit from a shared identity.

What does TTO Offer to Local Affiliate Groups?
Can my Druid Grove, Wicca Coven, Satanic Temple, Indie Band etc. be a TTO Group?

Yes.  Because being a TTO Group is an affiliation, you are not required to give up your group’s existing identity.  Your Charter from TTO does not preclude any other aegis you operate under. You may use TTO branding and the specific TTO terms as you like.

More information is available in the Branding Guide. 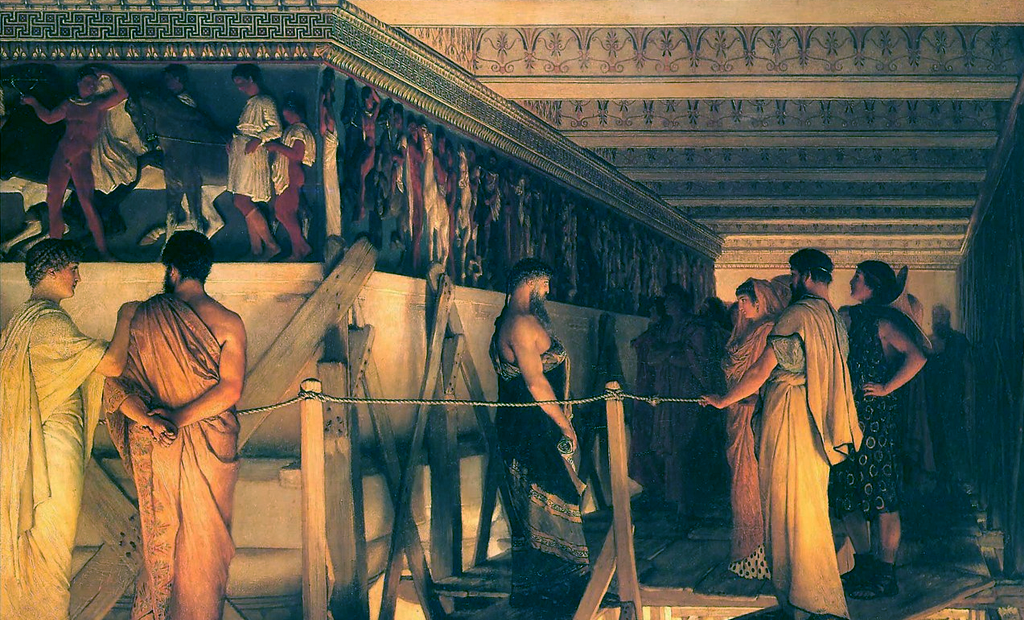 TTO does not believe in a “one size fits all” group model.  Our affiliates range in size from small family groups, or local circles, to large regional groups.  There is no pressure to grow for growth’s sake, or conform to one model.

The Educational Requirements for Group Leaders can be found on the TTO Education Page.

Annual Financial Disclosure (Public Groups Only)  - due March 1 in the year after the fiscal year being reported.  This must include a list of all monetary income and expenditures. The names of donors should be withheld. Any payments made directly to members of TTO must be reported with the exception that. Simple reimbursement for purchases or transactions clearly reported, for which receipt or other evidence of purchase was provided, does not need to be detailed.  e.g. if Sib. Pink purchased groceries, which are listed as an expense, and was reimbursed directly from a receipt, no report is necessary.  However if the Group purchased ten candles at $15 from Sib. Pink, reporting is necessary.

What does TTO Offer to Local Affiliate Groups?
Responsibilities of Local Groups

These are responsibilities that every group has, whether they are affiliated with TTO or not, however we enumerate some of them here for clarity.

The Basics - What we require of every Local Group 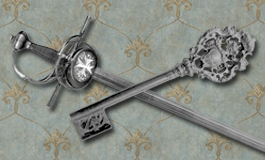 From time to time, usually on the occasion of the Annual Meeting, the Executive Committee may select individuals for various honors of the Order General. Honors may also be bestowed directly by the General Assembly of the Members through a formal Proposal, voted on at the Annual Meeting.

Types of Honors and Awards

The Executive Committee may create regular or occasional awards or decorations to distinguish merit or service in any area.  Recognition of service is not limited to service done directly for the Order, but may also include outstanding service in our many wider communities.

Awards and Honors may be awarded to specific groups, but never reserved to groupings distinguished in the non-discrimination policy, e.g. "only awarded to men."  Awards may be given for service to historically disadvantaged or underserved groups, e.g. "for service to Women in the Order."

Below you will find a list of currently available honors.

Forms for Building a New Group

Forms for building your Group

Resources for Leadership and Incorporation

Draft and Sample Policies
Jump To: Information about becoming Clergy

Priories are generally our smallest body, suitable for groups of Thelemites that share a household, business, or friendships.

Have Ordained Clergy as members, and perform regular rituals of the EGH, including Thelemic Mass.

Usually have ordained Clergy and also a Certified Initiator, and present at least the initial grade of the Thelemic Initiations.

Are open to all members, and provide all the basic elements of TTO. They are operated directly by the Order.